2004, Recognition of and appreciation for his contribution to the Volunteer Programme of Athens 2004 Olympic and Paralympic Games (given by Olympic Games Committee Athens 2004).

2003, Nominated for a membership in the American Society of Plant Biologists (ASPB) (given by ASPB). Awarded for outstanding work in plant biology.

1988, Matalio award for student excellence in high school (given by Athanasios Matalas Award). 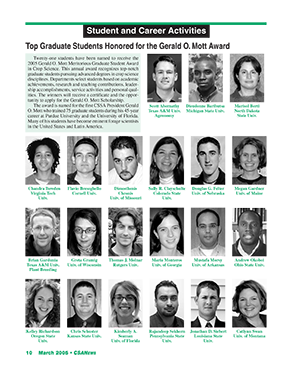 mcyear.net ® 2022 | This email address is being protected from spambots. You need JavaScript enabled to view it.